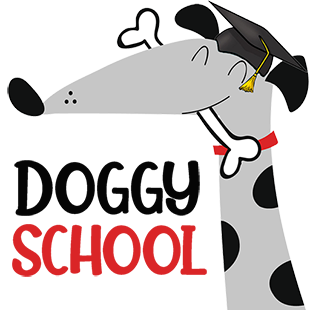 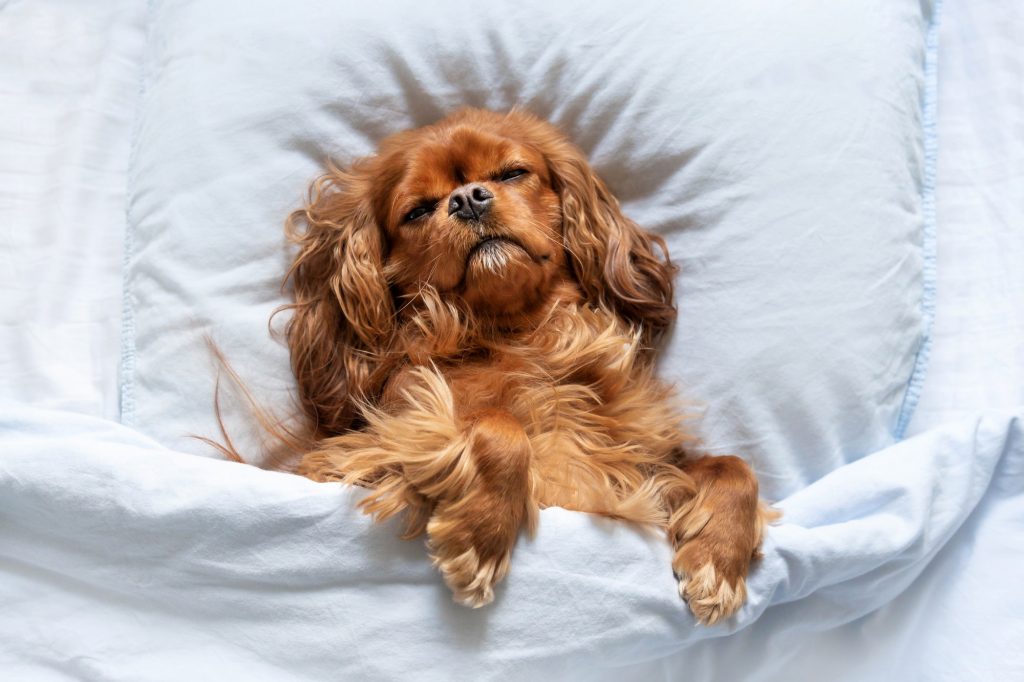 Why do dogs jump in their sleep?

Have you ever closely examined your sleeping dog and noticed its facial expressions change? You might have seen its lips, nose, and eyes move and wondered what thrilling dream it is having. Sometimes it gets so violent that you fear what might be the problem. The good part is, it is a very common occurrence in dogs and nothing to be alarmed about. However, rarely, it can be a sign of any underlying disease or condition.

Below are some reasons for these occurrences:

Like humans, dogs also experience dreams during their sleep. In the course of their rapid eye movement (REM) cycle, which happens after 90 minutes of falling asleep, their heart rate and breathing rate increase. Since their brains are very active at this point, they can experience intense dreams, which can cause them to twitch while sleeping.

Involuntary muscle twitching, known as Myoclonus is seen in animals and is more common in infants or the elderly.

They say when animals dream, their eyes move around behind their closed eyelids. During this dream state, the larger muscles which move the whole body are inactive. An older part of the brain known as the ‘Pons’ has control of many vital functions of the brain. It contains two areas which are known as the ‘off’ switches.

At times, these two areas are not well developed such as in infants or younger dogs. Moreover, in many cases, this area also weakens over time as in the older canines. In this case, the muscles don’t become inactive completely. Which results in muscle movement while animals sleep.

The amount of movement, in this case, depends upon the effectiveness of these two ‘off’ switches.

There are various seizures dogs can experience irrespective of any medical issues. This too without any warning. Thus, your dog jumping up in his sleep can be a result of him experiencing local seizures. These occur due to abnormal electrical activity in the brain and can last up to a few seconds. These only affect one part or one region of the brain. This causes only one side of the dog to paralyze for a couple of seconds.

Just know that a dog jumping or twitching in his sleep is completely an involuntary reaction. And the dog has a lack of restraint over it. Like humans, dogs also respond to their dreams in the form of movement and sound. There is no need to wake your dog up during this time.

However, if your dog experiences this for an extended period of time and doesn’t respond to you even when its eyes are open, it may be a seizure and will need to be seen by a vet.

PrevPreviousWhy are Dogs Good for Health?
NextHow to use a licky matNext 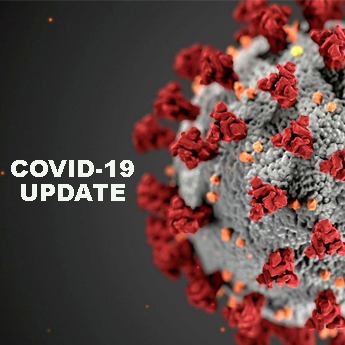 We care that you care

Our team has been working hard to create posts relevant to COVID-19 to help you and your dog get through these tough times. 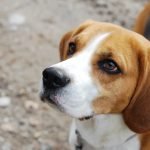 Why do dogs walk in circles? 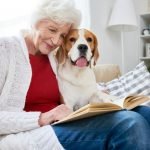 Why do dogs yawn when you yawn? 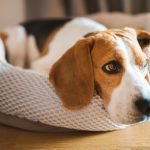 Why do dogs wee on the bed? 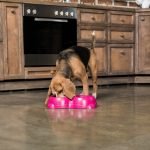 Can dogs have cottonseed oil?